What is Corporate Culture? Its a hard-to-copy weapon!

What is Corporate Culture? Well, let’s put it this way, culture is ‘the way we do things around here’. It is how the people in the organisation behave and act. It is the way we think and feel; the relationships that are formed, the company’s systems that are used and its processes employed. Corporate culture is normally moulded by the company’s values and goals and its strategic direction.

If a competitor wanted to steal your most valued employees tomorrow, could they? Probably, if they offered the right incentives, yes.

If they tried to copy your products and processes through reverse engineering, could they? Of course they could. Many companies do this as part of their competitive strategy. They regularly take a competitor’s product and take it apart bit by bit, and then try to improve the way it is built.

If a competitor wanted to copy your strategy and compete directly with you, could they. Of course they could.

A company then, has many areas of defensive fronts to focus on in order to stay competitive, but if that competitor tried to copy your culture, do you think they could? Well, I would argue, no. 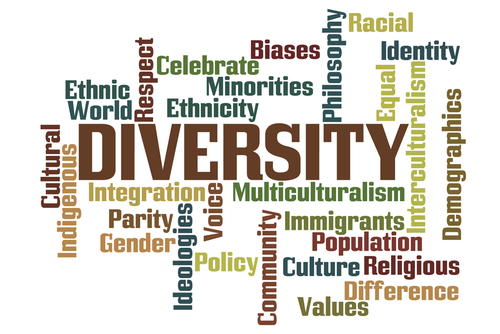 Answering the question of what is corporate culture, it is clear that culture is something that cannot be directly copied. It consists of the fabrics of the firm; the very make-up of the organisation: its history, what it has learned along the way; how it is managed, and how it operates. It is also about how the employees behave and work together; what relationships there are in the organisation, and the very goals and objectives of the firm also reflect its culture.

The five facets are:

Relate: The way people communicate with each other (including mode, manner, frequency, and disagreement), engage in intellectual debate, manage conflict, credit and blame, etc.

Attitude: How people feel about and identify with the organization, its purpose, and its stakeholders, etc. A big part of this comes through in individual and organizations’ sense of commitment to what they are doing.

What is Corporate Culture: It’s about attitude

In identifying what is corporate culture, I would argue that attitude is critical and the driving force behind this. Building a correct culture is underpinned by effective relationships and systems. These systems and relationships stem from the correct behaviours and goals. Ultimately, the glue that sticks it all together, if you like, is the attitude of those in the organisation.

Referring back to a previous article on Lean Culture, I maintain that culture may be a culmination of relationships, organisational values, behaviour, systems and the environment in which people work, but the critical thing is indeed that of attitudes the ‘how we do things around here.’ It is not necessarily the ‘what’, but the ‘how’ – the attitudes of people.

Corporate culture is about having the right behaviours in an organisation, which is endorsed by effective relationships, which provide the correct attitudes of employees. These attitudes are built on a clear foundation of strategic values and principles, and are specific to the environment in which the company operates.

Culture can be largely negative, too. One organisation I saw recently, had no real strategy, which meant that people were not clear as to what they should be doing, whom they reported to, how they fitted in the organisation and were therefore demotivated. Their relationships amongst
each other were built around a resentment towards management and the company, and their attitudes were generally negative; no discipline, no structure and no desire to change or improve. The values adopted by the company were counter intuitive to a progressive can-do attitude and were reflective in the environment being ‘weakly’ managed. When i asked management what is corporate culture to them, they couldn’t answer.

Just by dismissing corporate culture, they were missing an important ingredient in their quest to be competitive!

By focusing on the BRAVE Model, and creating the desired outcomes in each of the five areas, corporate culture can be transformed to positive one, eager to embrace the next challenge and overcome hurdles together.

Can you copy culture? That’s hard to do – may be some would say, impossible. Take Toyota’s domination in the automotive market. For the last thirty years, companies have been trying to copy their culture, and mostly to a culmination of failure.

So, what is corporate culture? It’s like a finger print of an organisation. No two finger prints are the same, but building the right culture to suit the specific organisation and its people, is indeed achievable. What you can do; by imprinting values that help the company grow and maintain competitiveness, it can be a vital platform to propel your business forward, with the added benefit of being hard to copy.

Just create the vision, and relentless focus on the right attitudes. Use the BRAVE Model to help both gauge your current cultural performance (where you are now) and indeed how to change it (What it should be like), focus on building the other four elements around the desired attitude of the company, and PERSERVERE!

Return from What is Corporate Culture to Change Management Home Page
Previous postThe 7S model and change: increasing your chance of organisational successNext postDealing With Difficult Employees
Join the VIP List
(It's FREE)