The psychological Contract: Linking Organisational Change to the Individual

The psychological contract acts as a good concept for those considering implementation and leading change. 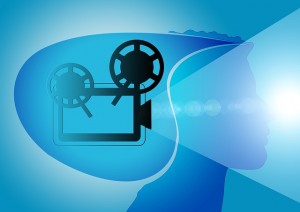 As opposed to the tangible written employment contract which lists formal expectations, payment, working hours and other role specific requirements, the psychological contract is a non tangible, informal agreement between the employee and employer, which almost works at the subconscious level, if you like.

It essentially refers to the mutual expectations people have of one another in a relationship, and how these expectations change and impact our behaviour over time. It covers the things the employee gains from the job and the things he/she expects to provide in return. Important benefits might come in the form to be able to work on one’s own initiative; to make decisions; the opportunity to use certain skills; the ability to work in a good team;

to build relationships with other functions or customers. The list can be endless.

When something changes in a person’s life, this change may effectively be taking something away from them in their psychological contract, which they hold in high regard. This act then creates feelings of resentment and resistance.

For example, a Supervisor running a production cell has just been told that the work that his cell produces is being manufactured elsewhere in another country. His manager has told him that he still has a job, but it will change to a non supervisory status and more of an operator role in a larger production cell elsewhere in the same plant.

What impact would this have on his psychological contract? If this Supervisor values autonomy and the ability to make decisions as a leader of a team, then sure – this change could have massive negative effects and will upset his ‘balance’ in terms of what he holds as value.

In his eyes, this intangible contract has been breached and as a result, he could resist change massively, or even if the change is still progressing, act as a guerrilla, compromising change covertly when he can.

Alternatively, he could even decide to leave, whereby the company may miss an important and experienced member of the team.

To clarify and to help with understanding, think about your job at the moment, whether it is a part time or full time job: it doesn’t matter. Think about all the intangible elements that you value. Examples could be things like being innovative, being empowered, the interaction with your colleagues, being valued, etc.

Now think how you would feel if the organisation took those intangible elements away from you: What would you do, how unhappy would you be if you couldn’t work with the team that you had so much success with, or that you couldn’t make decisions anymore as those tasks were done centrally, or that you were not asked to use some of your skills?

The impact could be vast, and it could be enough for you to up and leave…

As a change agent, think about the values that those around you hold. What do they see of value in their jobs? List as many elements as you can, and try to predict how they will feel and react if some of those elements were lost.

It is up to the Manager of change to recognise these elements of the contract and understand the impact they will have during and after the organisational change program, working on trying to ‘rebalancing’ and shift this contract to a new level of acceptance.

The change Leader must understand them and then embark on a pursuit to communicate the new vision of change clearly; involve active participation during change and up skill them through a range of training programs. The aim is to reduce the barriers as best one can, addressing the ‘rebalance’ and developing a new intangible contract for the new way of working.