Lean Kaizen is a term for a continuous improvement philosophy in Lean. The common name is referred to as a Kaizen and is a Japanese word which literally means Change (Kai) for the better (Zen). It is based on a philosophy of continuous improvement within processes in Businesses across all sectors and industries and involves all employees from the CEO to the Operators on the shop floor. 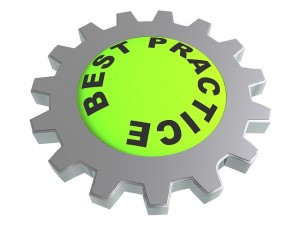 In the true sense of a Lean Culture, all employees are tasked with making improvements across the business. In fact it is their job to find improvement ideas in search of Kaizen – Change for the better.

The Lean Kaizen method consists of the following principles:

The interesting thing about Kaizen is that It is continuous. It is ingrained in the culture of the Japanese and in some established companies like Toyota and Canon, for example, there are around 60 suggestions per employee every year, which are implemented, shared and resolved. This stance is based on the conception that It is better to make little changes on a regular basis and therefore, “Ten small improvements are better than one large improvement.”

Suggestions are not limited to a specific area such as production or marketing. Kaizen is based on making changes anywhere that improvements can be made. Western philosophy may be summarized as, “if it ain’t broke, don’t fix it.” The Kaizen philosophy is to “do it better, make it better, and improve it even if it isn’t broken, because if we don’t, we can’t compete with those who do.”

The pursuit for Perfection and Competitive Advantage

It is the relentless pursuit to perfection. Those that are actively and truly using Lean Kaizen principles, know that this perfect state will never exist, but also know that today’s way of working is tomorrow’s opportunity for improvement. It involves setting standards and then continually improving on those standards, through the use of training, and empowerment.

The power of this concept is evident in the fact that In 1999 at one U.S. Toyota plant, 7,000 Toyota employees submitted over 75,000 suggestions, of which 99% were implemented!

Needless to say, despite their recent struggles in the press over the last 18 months or so, Toyota are the number one Automotive Manufacturer in the world -and to think, around 70 years ago, while GM and Ford were dominating the market, Toyota weren’t even producing cars!